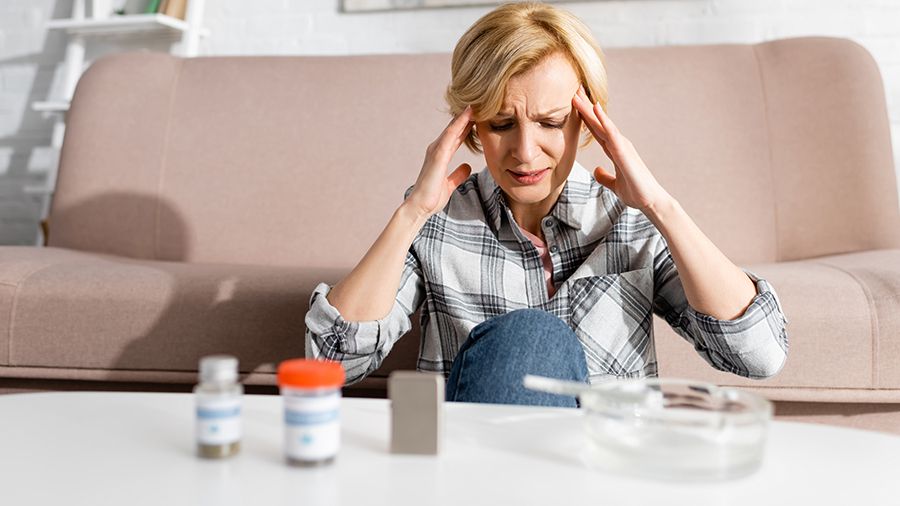 Have you wondered if men and women experience cannabis consumption differently? Today, we’re going to learn about what we know about sex differences and cannabis while recognizing the limitations of the literature. Topics include preferred delivery methods and products, medical cannabis and pain, withdrawal, and more.  By the end, you’ll understand what we know about how men and women are impacted by cannabis differently – and how much more we need to learn.

There are many under-explored areas in the world of cannabis. The question of how cannabis affects men and women differently is a perfect example of this fact. Answering these sorts of questions with any degree of certainty requires far more research than we currently have available. Instead, we hope to stimulate a conversation based on preliminary and pre-clinical research.

Many of the studies exploring gender differences focus on topics related to cannabis use disorder. Also, research has focused on adolescents and young adults attempting to connect cannabis use with outcomes later in life. There are far fewer studies investigating the physiological or psychological differences between men and women. Far less attention has been paid to adult use, especially light and moderate consumption.

Because of these limitations, we understand far less about potential sex differences than we should. This fact is not exclusive to cannabis research but has been ubiquitous around the science world. Even mice studies use primarily male mice and often ignore possible sex differences.

A related note to make here is that we are discussing sex, not gender. The cannabis literature may be limited on sex differences, but it is nearly non-existent on appropriately nuanced topics of gender. We have animal model studies looking at sex hormones and a few surveys completed by humans. As we explore sex, not gender, differences in cannabis metabolism and effects, keep these limitations in mind.

As part of cannabis legalization in Canada, efforts were made to understand cannabis consumption in Canada better. Health Canada created the “Canadian Cannabis Survey” (CSS) to follow through on this goal. The 2020 summary of the CSS provides us with a wealth of information. While not all of these facts help answer our primary topic, we o provide interesting clues (Health Canada, 2020).

The CSS discovered that more males consume dried flower, hash, concentrates, and vape pens than females. Women, on the other hand, did consume edibles in higher numbers. Overall, the percentage differences were not dramatic but noticeable (Health Canada, 2020).

In general, men reported a higher percentage of cannabis consumption in the past year than women. Males also reported more daily or almost daily use relative to women. More womenthan men appear to use cannabis infrequently – less than monthly, to be more precise (Health Canada, 2020).

Do we know why men may use more potent extracts while women tend to like edibles more? We do not know, but the answer may rest on how cannabis affects men and women differently. Finally, we should mention that the differences are minor overall, indicating far more similarities than differences.

Pain and the Endocannabinoid System

A brand new study released in 2021 provides another fantastic example of what we know, what we don’t, and why the difference is important. In this paper, the researchers noted that female rodents are more sensitive to the effects produced by Δ9-THC. The researchers suggested that these sex differences were a combination of differences in metabolism, cannabinoid receptor expression, and ovarian hormones (Blanton et al., 2021).

These differences in THC sensitivity are an essential consideration for medical cannabis patients living with pain conditions. By understanding if these animal model findings translate to humans, medical professionals can help treat men and women better.

Sex Differences in the Cannabis High

One incredible study from 2016 helps provide a wealth of clues in regards to cannabis sex differences. Like the CCS discussed above, this study found that men use joints, blunts, and concentrates more frequently while women use more edibles. Moreover, women use more pipes while men prefer vaporizers (Cuttler, Mischley & Sexton, 2016).

These researchers also wanted to know if men and women experience cannabis high differently. The results provide some exciting results worth discussing. For example, men were more likely to report (Cuttler et al., 2016):

Women, on the other hand, were more likely to report:

We do not know if there are biological or social mechanisms impacting the list above. While no single study can provide all the answers, this one asked more of the right questions about sex differences. This wonderful group of researchers went even further into the world of sex differences by looking at medical cannabis usage and withdrawal symptoms.

They found that withdrawal symptoms experienced by men and women appear to differ. Women were more likely to report anxiety and nausea. On the other hand, more men reported insomnia and vivid dreams during withdrawal than women. Finally, the researchers did not find any significant sex differences in the conditions treated with medical cannabis or the efficacy of these treatments (Cuttler et al., 2016).

Cannabis Use Disorder and Sex Differences

The cannabis use disorder studies use a range of self-identified gender populations. That said, they generally involve youth or adults undergoing cannabis cessation treatment.

As we mentioned, many of the findings that include sex differences are from studies on cannabis use disorder. For example, women have been shown to have a higher risk of initiating the use of cannabis than men. Furthermore, the quantity and frequency of cannabis use were more strongly associated with women’s alcohol drinking problems than men’s (Buu et al., 2015).

To be more specific, cannabis exposure affects our brain function and structure,  mediated by the ECS. So far, research has found a few differences between the sexes regarding brain structure and function.

For example, female cannabis consumers appear to have larger amygdala volume associated with anxiety symptoms. Finally, women may be more vulnerable to an earlier onset of schizophrenia symptoms associated with cannabis use (Calakos et al., 2017).

Remember that far more research is needed to solidify these findings. We hope that there will be exciting new information on the topic of sex differences and cannabis coming out far more frequently.

Great work getting this far! You discovered a whole lot of information about sex differences and cannabis very quickly. Now you can let it all soak in.

Overall, the sexes have more in common than different. That said, there are slight differences in how we consume cannabis, such as how women seem to prefer edibles more than men. We saw that studies on mice indicate that women may be more sensitive to THC, but this hasn’t been studied on humans.

We have not even begun to understand how hormonal differences between men and women impact the endocannabinoid system and symptoms like pain. These topics are significant for medical cannabis patients to get the optimal treatment for their needs.