How Cannabis and Terpenes Work Together: The Entourage Effect WeedMe November 19, 2020 October 12, 2021

Have you ever wondered why people talk about terpenes so much when it comes to cannabis? For many cannabis consumers, terpenes are just an afterthought. But, as we’ll learn today, they are so much more than that. Terpenes and cannabinoids work together to produce more intense effects than either of them alone.

This synergy between cannabinoids and terpenes is called the entourage effect. It was Mechoulam and his colleagues that coined this term in 1988, which can be visualized as ‘1 + 1 > 2’. Put into words, the idea is that two compounds work together better than each one separately.

Before diving too deep into the entourage effect, we should get on the same page. Whether this topic is new to you or just a review, we’ll go through everything you need to know. First, you’ll discover the world of terpenes. Second, we’ll briefly define cannabinoids. After that, you’ll learn how cannabinoids and terpenes combine to produce an entourage effect.

Breeders and seed banks have shifted their focus away from only producing as much THC as possible. In recent years, we have seen emphasis directed toward creating hybrids with better terpene profiles. More and more cannabis providers are listing the terpene percentages on the label right beside the THC and CBD content.

By the end of this article, you’ll understand why the entourage effect is so fascinating. And most importantly, we’ll explore why this concept is so important to your cannabis purchasing decisions.

So, what are terpenes?

The World of Terpenes

Terpenes are the smell-producing compounds found inside the cannabis plant. More specifically, cannabis flowers produce a resin filled with these organic compounds along with cannabinoids like THC and CBD. This resin is secreted by glands called trichomes.

Some of the primary terpenes weed creates:

As you probably know, terpenes are produced by all sorts of different plants. Limonene is the stimulating compound found in lemons and other citrus fruits. Linalool is a major part of the soothing smell of lavender or Lavandula plants. Pinene is produced by pine trees to create that familiar fresh scent. Caryophyllene is a major part of what gives pepper its spice.

You may be wondering: Why does the cannabis plant produce terpenes?

Just like with the plants mentioned above, these terpenes are created for specific reasons. Terpenes help to repel herbivores that want to eat these plants. Furthermore, terpenes act as insecticides or fungicides to protect against these threats. The physical stickiness of cannabis resin also acts as a trap for numerous bugs. When looking at a terpenes chart, you can identify the specific actions performed by each type.

What About Us: Why Should We Care About Terpenes?

As far as humans are concerned, we experience vastly different effects from these marijuana terpenes. Some of them, for example, are stimulating to our senses, soothing and relaxing, or can help suppress appetite.

Terpenes impact the flavor and aroma of the weed we smoke, and this alone is a great reason to care about them. If you want a couch-locking, relaxing experience, you could choose strains rich in linalool or myrcene, like Blackberry Gum or Ice Cream Cake. Conversely, if you want a stimulating daytime high, you could seek limonene- and pinene-rich strains, such as Wedding Cake or Lemon Z.

What about the medical or therapeutic impacts of terpenes? This is a more tricky question that requires further research and a good explanation. On their own, we do not attribute medical benefits to terpenes. But the conversation is a bit more complicated than that. Before discussing this topic further, we should first understand cannabinoids and the entourage effect. 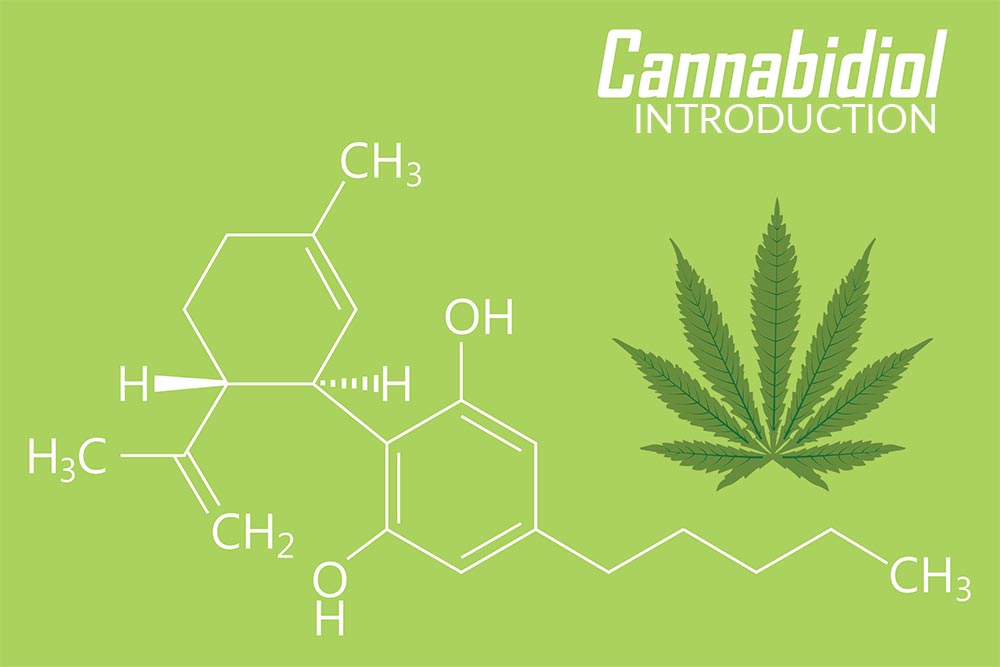 As we mentioned above, cannabinoids are the other set of compounds produced by cannabis trichomes. The resin that is secreted by these glands is filled with cannabinoids as well as terpenes. So, what are cannabinoids?

Technically called phytocannabinoids, these compounds have widespread effects on the human body. The reason why these cannabinoids produce such significant impacts is due to the presence of our endocannabinoid system (ECS). This natural group of receptors, ligands, and enzymes is found throughout each of our bodies.

In brief, cannabinoids are similar to our naturally-produced endocannabinoids and can act upon the same receptor targets. The best example is tetrahydrocannabinol (THC), which is known to be the primary compound producing the cannabis high. THC acts upon ECS receptors in the brain to alter our sensations and perceptions. The effects of THC include:

Even though cannabis plants produce over 100 different cannabinoids, we tend to focus most on THC and cannabidiol (CBD). While THC is psychoactive and does produce impairment, CBD shares none of these qualities. Instead, CBD appears to influence and moderate the ECS without directly acting upon the receptors.

This modulation of the ECS and other physiological systems by CBD is what produces the known impacts. The beneficial health effects of CBD include:

Cannabis flowers naturally produce hundreds of different cannabinoids and terpenes. The fact that cannabis produces cannabinoids is what makes it such a unique plant. On top of that, the variety of terpenes produced by cannabis plants is unparalleled in the plant kingdom. Combine these two together, and you start to understand why there are so many cannabis strains.

So, what is the importance of combining these two sets of compounds? As we mentioned above, there is a hypothesis called the entourage effect that describes the benefits of these formulations. The basic idea is that the sum of the parts is greater than the individual pieces alone.

One way to think about this is how combining butter and salt tastes better than either of these ingredients alone. Or we can consider how the smell of food combines with the taste to produce more intense satisfaction than either could alone.

While there is no debate that the scent of cannabis enhances the smoking experience, there is debate around the entourage effect. For example, aside from a few limited examples, the terpenes in marijuana do not act directly upon the same receptors as the cannabinoids.

What about those exceptions? Well, the primary example is β-caryophyllene. This terpene has been shown to interact with cannabinoid receptors inside our body alongside THC. While the evidence is lacking around other terpenes, future research may identify other terpenes that interact directly with the ECS, like caryophyllene.

Medical and Therapeutic Impacts of the Entourage Effect

The health benefits of cannabis are critical for medicinal cannabis patients, but they are also a central concern for recreational consumers. While a medical patient may focus more on relief from arthritis or headaches, a recreational consumer may care more about therapeutic outcomes like relaxation or sleep-promotion.

Whether we are talking about medical or recreational use of cannabis, the question to ask is: “what is the impact of the entourage effect?”

As far as therapeutic effects, there is no doubt that terpenes play a role. The stimulating or sedating effects of terpenes combine with the effects of THC or CBD to enhance obtaining specific therapeutic goals. Whether your goal is relaxation, stimulating creativity, promoting exercise, or enhancing sensory pleasures, terpenes can play a critical role.

Based on studies of the terpenes alone, there is evidence regarding medical benefits. For example, humulene has anti-inflammatory, anti-bacterial, and pain-reducing effects. Caryophyllene is an anti-oxidant that can help reduce pain, insomnia, and muscle spasms. Pinene can help open up the lung as a bronchodilator for those with asthma.

With regards to the medical benefits of the entourage effect, there is not enough clinical evidence to draw any firm conclusions. While we await the hard work of researchers to illuminate answers, what do we know?

Well, if you want to reduce pain, your choice of terpenes may depend on the time of day. Your daytime dose could benefit from the stimulating effects of limonene, while your evening dose may be better suited for myrcene to promote sedation and sleep.

The same could be said for the treatment of anxiety disorders, epilepsy, or multiple sclerosis (MS). The terpenes you select may not directly treat these conditions, but they certainly impact the overall experience and behavioral outcomes.

Even if you only care about getting as high as possible, terpenes should not be overlooked. Subjective experiences of cannabis consumers all over the world suggest that THC is not the only factor that matters. If you’ve ever found a strain getting you more high than you’d expect from the THC content, check out the terpenes packed inside.

Better Together: The Entourage Effect

Great work making it through this guide to the synergy of cannabinoids and terpenes! By now, you should have a solid idea of how these two sets of compounds operate on their own. We’ve also discovered how combining them results in an entourage effect.

The entourage effect suggests greater recreational, therapeutic, and medical impacts from cannabinoids and terpenes combined than alone. While specific claims around medical cannabis treatments should be left to medical experts, as cannabis consumers we can say that terpenes play a critical role in the overall experience.