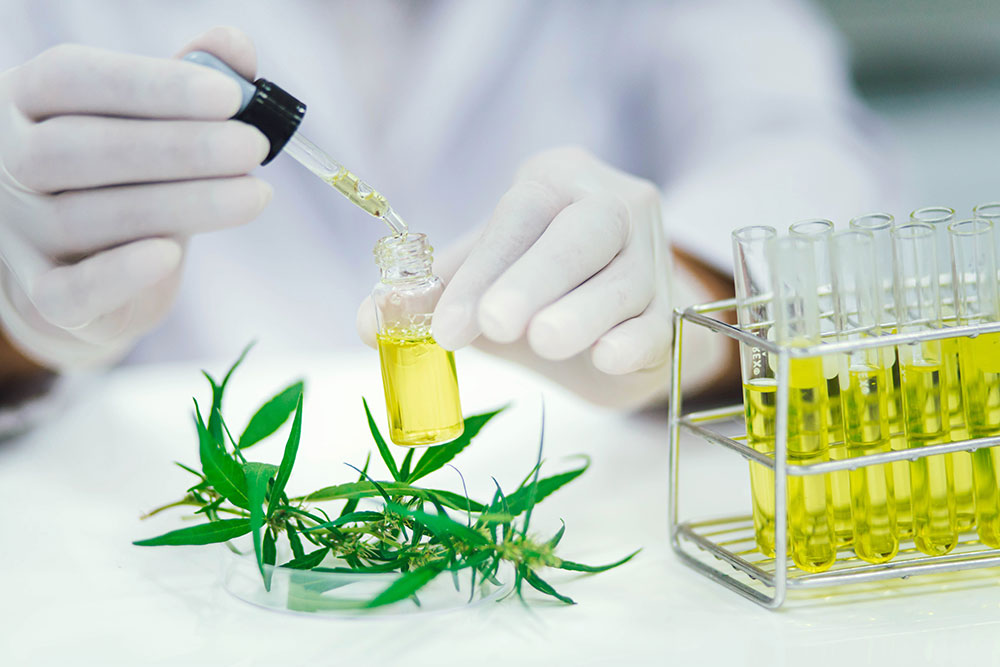 How Do Labs Test Cannabinoids and Terpenes?

When buying cannabis, what are the most critical factors to consider? Without a doubt, one of the essential things to review would be the cannabinoid content. Furthermore, consumers are becoming more discerning as they compare strains, with terpene content gaining more attention. As a consumer of these products, you may have wondered how laboratories test for cannabinoids and terpenes.

One of the best features of the legal cannabis industry in Canada is the high testing standards. Each time you buy Canadian cannabis, you know that these products have been tested for optimal safety. As a consumer, you expect your products to be safe. Moreover, you also expect to see the terpene and cannabinoid content before you buy.

Licensed producers in Canada must send out samples of their products to third-party laboratories prior. The Cannabis Act and subsequent regulations dictate where, when, and how these samples must be collected. Furthermore, the rules specify from which part of the cannabis plant they must gather the sample. This is because the cannabinoid content varies between different parts of the cannabis plant. This standardization helps make the industry safer for consumers.

What happens when a third-party laboratory receives a sample of dried flowers? The first thing they do is grind the bud to create a more uniform mixture with an even distribution of compounds. Second, the lab technology being used must be calibrated for the task at hand. Generally, the producer of the machine creates specific calibration standards to be used for particular tasks. Finally, the laboratory technicians combine the dried flower with a liquid solvent before placing the sample inside one of the machines to be discussed below.

The analyses are performed, and the results are tabulated before destroying the sample. Each step of this process follows strict regulations set out by Health Canada. These laboratories undergo an intense licensing process (under the Cannabis Act) to be awarded a cannabis testing license in Canada. The application requirements are stringent, ensuring only high-quality laboratories receive a federal permit. Labs cannot even begin the licensing process until the facility is fully built (Government of Canada, 2021).

Gas Chromatography describes a laboratory technique involving the separation of a mixture to identify specific compounds. This analysis is generally used for volatile organic materials or gases. It is relatively well established that GC is one method of choice for terpenes, which are highly volatile organic molecules. Cannabinoid analysis can be performed by GC machines, although it is not the only popular method (Giese et al., 2015).

The machines described here use chromatography technologies, but the early stages vary based on the method. Each of the techniques described today results in the creation of a chromatogram. This is the visual output of the chromatography machine, which comes in chart form. Chromatography is an advanced technique that is like taking an electronic photograph of the different compound fingerprints. These fingerprints are analyzed using the specific calibration mentioned above to provide identification of compounds inside the mixtures.

Cannabinoids are also commonly measured through the use of high-performance liquid chromatography (HPLC). This machine utilizes a high-pressure chamber to separate a mixture of compounds and then measure them. HPLC cannabinoid analysis is used to determine the potency of the sample at hand. Laboratories can also identify terpene percentages with an HPLC.

In summary, cannabinoid analysis can be performed by both gas chromatography (GC) and HPLC. Both of these techniques involve complex machines capable of separating mixtures and measuring specific compounds through chromatography. Two further evolutions of the gas chromatography technology are described below.

Terpenes are more volatile than cannabinoids, and so they are traditionally measured using Gas Chromatography with a Flame Ionization Detector (GC-FID).

GC-FID takes the cannabis plant material and combines it with a liquid solvent. The commonly used compounds are butane, propane, CO2, or ethanol. This mixture is injected into a gas chromatography apparatus. As they move through the GC, cannabinoids, and terpenes are separated. They then move through the FID, where they are burnt to produce organic ions. A hot hydrogen-air flame is used within the FID to produce this terpene combustion. There are electrodes in this chamber that measure the current from the ions released. An analysis is performed to identify and quantify the terpenes found in the sample.

Moreover, GC-FID is also used to measure cannabinoids. Taken together, HPLC and GC-FID are two of the most common instrumental methods for cannabinoid analysis (Giese et al., 2015). It is also possible to determine terpene potency using an HPLC or a gas chromatography-mass spectrometry (GC-MS) with headspace autosampler and spectral library.

Similar to the other devices described, GC-MS involves two separate chambers. The first chamber is similar to the other GC technologies described above. It is the second chamber that makes this machine unique, utilizing Mass Spectrometry (MS) technology. The term ‘mass’ is describing weight. After the separation of compounds in a mixture, an MS can measure the weight of specific compounds.

A GC/MS is used to separate volatile organic compounds. Furthermore, it appears well-suited for investigating the potential presence of pesticides. While not as common as other methods described above, GC-MS has been used successfully to measure Cannabis constituents, including cannabinoids and terpenes. The process involves combining the dried flower with a solvent before applying a heating bath. This step causes the solvent to evaporate and decarboxylates the cannabinoids. The residue is then dissolved into ethanol and analyzed by the GC (Tayyab & Shahwar, 2015).

In conclusion, legal cannabis products in Canada undergo third-party laboratory testing for cannabinoid and terpene content. These labs also ensure that the products are safe, free from heavy metals and pesticides. Health Canada mandated this process so that all Canadians can consume cannabis without fear. As consumers, you can rest assured that your cannabis is as safe as possible (Government of Canada, 2021).

But, this testing goes further. Consumers now get more information than ever before about the cannabis they look to buy. Cannabinoid and Terpene testing provide consumers with the key variables they need to know. Third-party laboratories use analysis technologies, including GC, HPLC, and GC-FID.

Giese, M., Lewis, M., Giese, L., & Smith, K. (2015). Development and Validation of a Reliable and Robust Method for the Analysis of Cannabinoids and Terpenes in Cannabis. Journal of AOAC International, 98:6, 2015. Retrieved from: https://cannabis.gentechscientific.com/files/Method-for-the-Analysis-of-Cannabinoids-and-Terpenes-in-Cannabis.pdf.