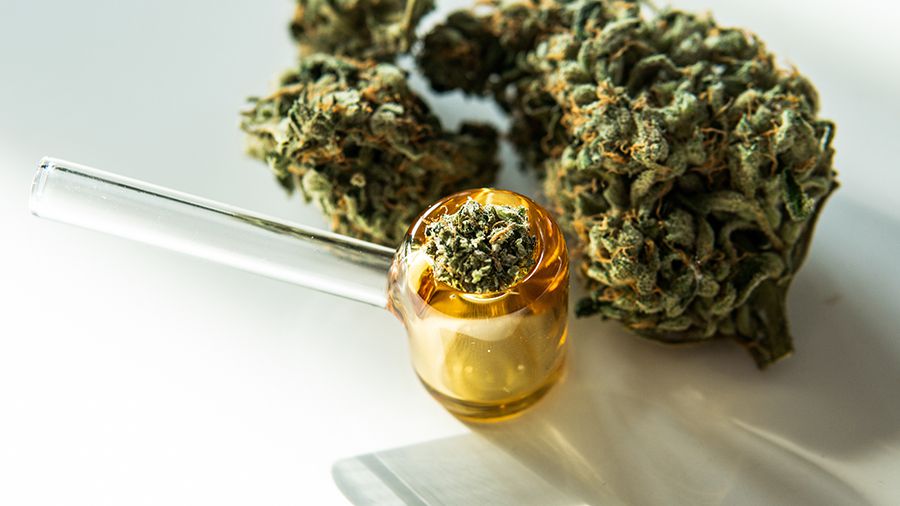 When it comes to cannabis, there is far more folklore than facts in many respects. Today, we will learn from research, not stories or assumptions, to present some surprising findings on body weight. By the end, you’ll understand how cannabinoids can have a significant impact on human metabolism.

Assumptions and The Munchies

People often focus on how cannabis can produce the ‘munchies.’ The logical assumption is that people who use cannabis must eat more and probably have worse metabolism and higher body weight. But do these assumptions hold true to reality?

Understanding the effects that cannabis has on our physiology and behavior is of “paramount importance” (Farokhnia et al., 2020). We will take a quick look through the research over the years to see how our understanding of the role of cannabis on human metabolism has developed.

The Endocannabinoid System and Metabolism

Before we turn to the research, we should get everyone on the same page about two essential concepts: metabolism and the endocannabinoid system (ECS). We all have an ECS, and it plays a moderating (or modulating) function just about everywhere throughout our bodies. Parts of the ECS can be found in every human cell, impacting them all (Health Canada, 2018).

While a detailed overview is beyond the scope of this article, there are two functions related to metabolism worth noting. Both of these mechanisms underlie the well-known fact that the ECS plays a significant role in energy balance (from a caloric perspective).

At the cellular level, the ECS acts as a throttle for our mitochondria. Since mitochondria are the power-generating parts of each cell, they are critical for cellular metabolism. Cannabinoids appear to be able to ramp up production at these power generators. This leads to using more calories from the food we consume.

More broadly, the ECS regulates synaptic transmission within our nervous system. The signals produced by our nervous system impact every level of the human body, including metabolism hormones and appetite. (Health Canada 2018).

Now, let’s describe the other important concept before turning to the research. What exactly is metabolism, and why is it so important?

Metabolism is everything when it comes to living things. The term encompasses every single chemical process going on inside our bodies. And so, metabolism is far more than just breaking down food for reuse. Metabolism covers every chemical reaction, from the most basic cellular functions to our digestive and nervous systems.

When it comes to dietary metabolism, we must consider food intake and appetite as well. These factors play a prominent role in our food consumption patterns. Unfortunately, there is far too little research into this vital area of pursuit. That said, we have learned quite a bit over the years.

We have known for a long time that the constituents of cannabis impact human metabolism (along with other systems). For example, a study from 1978 looked into the effects of smoking on metabolism and the respiratory system. The results were astonishing!

Zwilich and their colleagues took a group of only eight people and compared smoking against a placebo. Here is what they found: smoking marijuana stimulates metabolic rate. It also had stimulatory effects on ventilation, mediated by the sympathetic nervous system (Zwilich et al., 1978).

One additional detail that they found related to the timing. The researchers noted that the increase in metabolic rate peaked after 15-minutes. And so, it appeared as if smoking weed does increase metabolism, but only for a short period. Did this hold up against future research?

A high-quality and rigorous study from 2020 helps illuminate our current understanding. This randomized, double-blind, placebo-controlled trial looked at a group of 20 people. Participants in the study were given a regular brownie, and hormone levels were measured. The two powerful hormones assessed in this study are insulin and ghrelin (Farokhnia et al., 2020).

Insulin is a critical hormone for managing blood sugar levels and the utilization of carbohydrates. Cannabis could blunt spikes in blood insulin concentrations seen under the placebo condition (Farokhnia et al., 2020).

Ghrelin is a hormone mainly produced by our stomach that stimulates our appetite. Cannabis was shown to modulate this critical hormone. When comparing oral, smoked, and vaped administration of cannabis, oral cannabis produced the most significant effect on ghrelin (Farokhnia et al., 2020).

Overall, it was evident that cannabis impacted the blood concentrations of critical metabolic hormones in this study. And so, the researchers concluded that more work is needed to understand precisely how cannabinoids affect physiological pathways associated with appetite and metabolism (Farokhnia et al., 2020).

Taken together, the effects of regular cannabis consumption may provide benefits you never considered. A 2014 study exploring the connection between marijuana and body weight made a rather substantial claim. The researchers looked at extensive epidemiological studies and found the same result over and over: Cannabis consumers have a lower body mass index than non-consumers on average (Sansone & Sansone, 2014).

This unexpected finding led the researchers to conclude that cannabis just might be a metabolic regulatory substance. Overall, cannabis use leads to people having better control over their weight. One fascinating exception was that cannabis consumption might increase body weight for low-weight individuals. However, it was the opposite (decreased weight) in normal-weight and overweight individuals (Sansone & Sansone, 2014).

At a population level, cannabis produces a result that contradicts an assumption many of us have probably made. Research has shown that cannabis consumers are leaner and in a healthy BMI range, on average. This effect size was large and consistent between numerous studies (Clark et al., 2018).

What is surprising is that cannabis consumers were found to consume more calories. In other words, cannabis consumers do eat, on average, more than non-consumers. But, as we saw, these cannabis consumers are leaner. This paradox is not fully understood, but we can start to see why this may be the case based on what we learned today (Clark et al., 2018).

It appears as if increases in metabolism offset this additional caloric consumption. From individual cells up through our digestive system functioning and hormonal balance, cannabis increases our burn rate of calories. Research is needed to confirm this finding, but it certainly seems like cannabis use leads to a higher basal metabolic rate (the number of calories your body uses per day).

Newer studies are only supporting this hypothesis. For example, a recent study found that, compared to non-users, cannabis consumers presented with lower (Vázquez-Bourgon et al., 2019):

Good job getting through this article! It probably involved learning some new terms, but the key takeaways are what matters. We learned that cannabis consumers defied the expectations of researchers (and broader stereotypes). As might be expected, cannabis consumers do eat more calories on average. But, they are also leaner and have a better body mass index. This apparent paradox makes sense when you look closely.

Smoking weed leads to increased production of appetite-stimulating hormones. We all know this as the ‘munchies,’ although regular consumers may note how this effect fades over time. Nonetheless, consuming more calories overall makes sense.

On the flip side, you discovered how cannabinoids could increase your metabolic rate. This effect involves both cellular and global levels. Inside our cells, cannabis increases energy production leading to increased use of dietary calories. Our nervous system also reacts more broadly to cannabis in ways that promote burning more calories.

Taken together, you may eat more after smoking weed, but your body is also burning more calories. Depending on your body weight goals, we can take advantage of this effect in unique ways. Consuming more calories can be good when we are eating nutritious foods. The increased metabolic rate may also facilitate our attempts to get more physical activity. As you can see, while cannabis does impact metabolism, our behaviors must also be considered.